A healthy mouth in a healthy body | Adent Dental Clinics

A healthy mouth in a healthy body

A healthy mouth in a healthy body

Oral hygiene is part of general health and daily life. Your teeth are precious and have many roles, sometimes unsuspected.

Your mouth: a precious asset

Oral hygiene is part of general health and daily life. Your teeth are precious and have many roles, sometimes unsuspected. They are used to shred and grind food, and help with speech and phonation. Beautiful teeth also give you self-confidence!

Several studies have shown the links between oral diseases and general health problems. Inadequate oral hygiene causes deposits to build up on the teeth; bacteria in large numbers grow and become pathogenic. Some bacteria can enter the bloodstream and affect your general health. Studies show that diabetes is more difficult to control in the presence of periodontitis. There is also an increased risk of developing cardiovascular problems in the presence of poor hygiene. Infections and complications during pregnancy and childbirth can also be correlated with poor oral hygiene.

Therefore, oral hygiene is of utmost importance and regular scaling by your dental hygienist and periodic check-ups by your dentist are a guarantee for good oral and general health.

Daily and thorough cleaning of your teeth is recommended by specialists. Nowadays, there is a wide range of accessories that make the daily task of cleaning your teeth easier. Our dental hygienists, specialists in the care and prevention of teeth, can advise and guide you in keeping your teeth and mouth healthy.

The anatomy of your teeth

Your teeth are embedded in bone, a hard material that holds them in place. Surrounding your bone are other (soft) tissues that are also involved in holding your teeth in place in your mouth: the ligaments, gums and cementum. These are called the supporting tissues of the tooth.

The different stages of inflammation 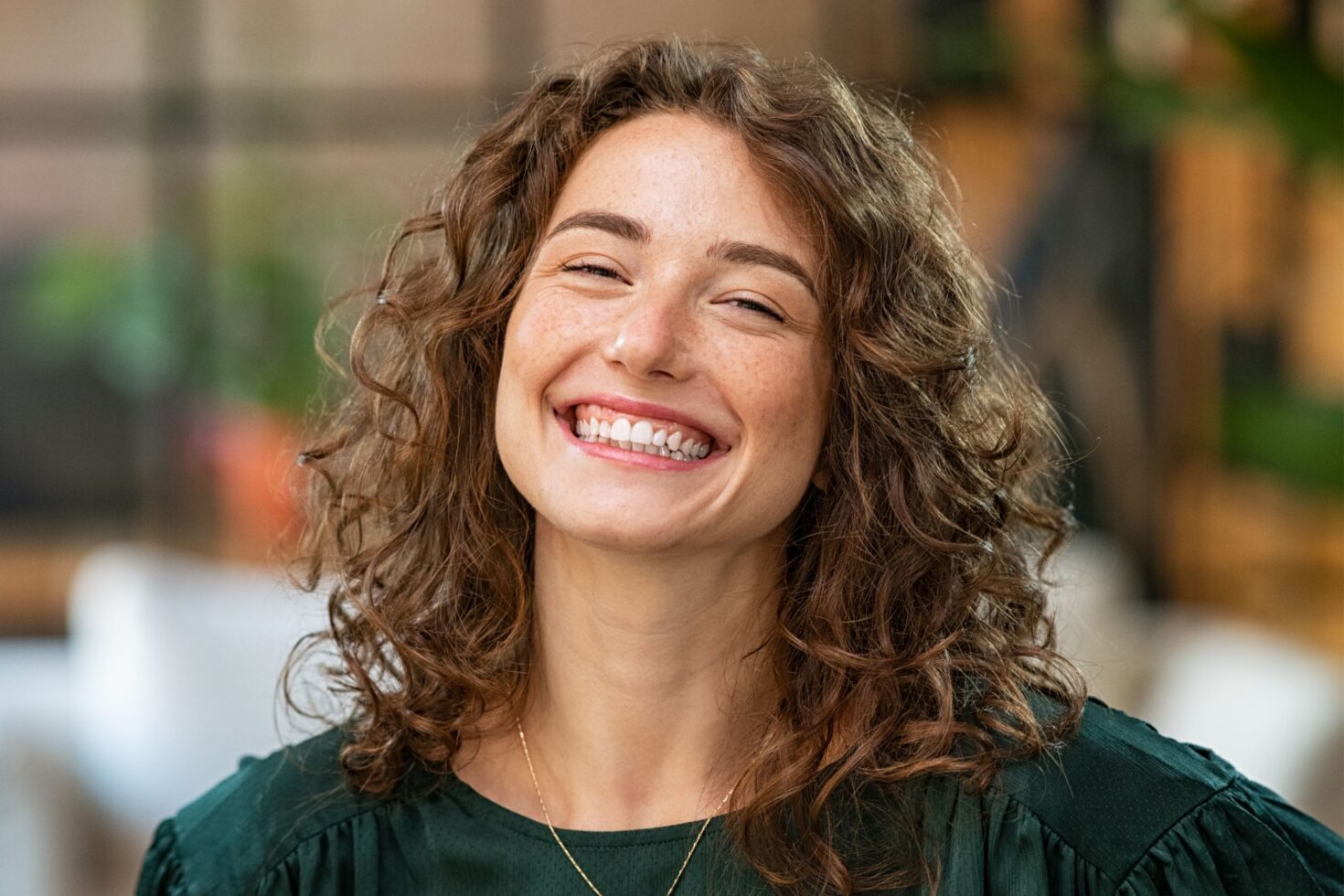 If your teeth are not cleaned regularly and conscientiously, you are at risk of developing gingivitis, the initial stage of inflammation that affects the gums. Gingivitis manifests itself as gums that are redder than usual, swollen and bleed when brushing or flossing, for example.

If left untreated, gingivitis can progress to affect the supporting tissues of the tooth: the ligaments, gums and cementum. The bacteria in your mouth evolve with the disease, becoming more and more pathogenic and developing the ability to attack your supporting tissues. This disease of supporting tissue destruction is called “periodontitis”.

There are various stages of periodontitis – mild to severe – depending on the extent of the destruction of the supporting tissues. The most severe is the mobility that leads to permanent tooth loss. The destruction of the tissues that support your teeth is not always visible. The disease may manifest itself as bleeding, red and swollen gums and halitosis (bad breath) caused by the presence of large numbers of pathogenic bacteria in the mouth. Periodontitis is an advanced stage of inflammation and requires careful management and monitoring by periodontists and dental hygienists. Thanks to the presence of our periodontitis specialists in Adent dental clinics – the periodontists – you benefit from professional follow-up when necessary.

As you can see, the key to keeping your teeth and gums healthy is regular daily dental hygiene and regular follow-up by your dental hygienist and your dentist.

Cleaning your teeth with a toothbrush prevents the build-up of plaque, an irritant to your gums. Don’t forget that it is also important to clean the interdental spaces with the help of a floss, interdental brush, water flosser or toothpick. There is a wide range of aids available, so it is up to you to find the one that suits you best. Also ask your dental hygienist for advice.

Regular visits to your dentist or dental hygienist help to catch any new diseases in time. 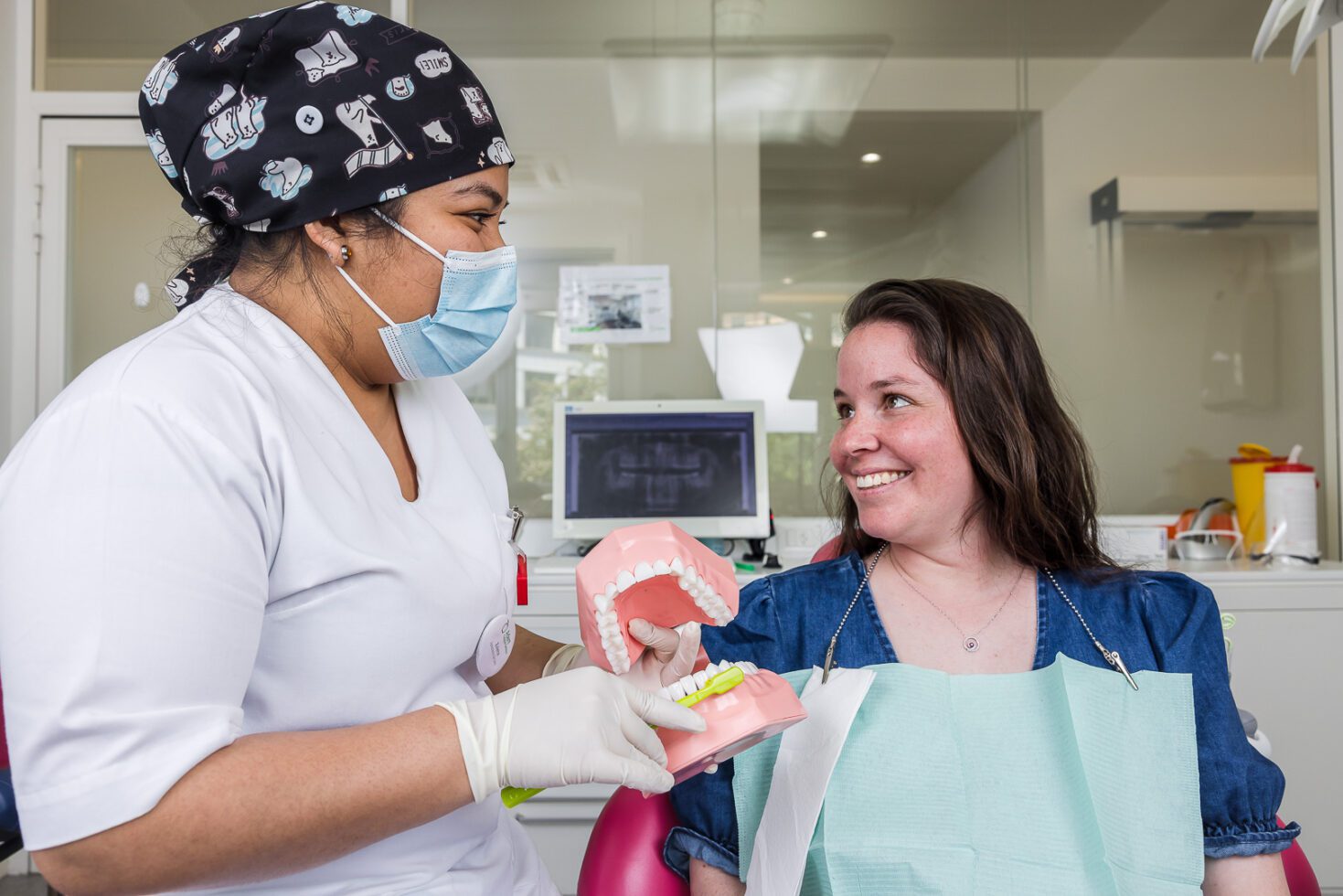 Do you have any questions?